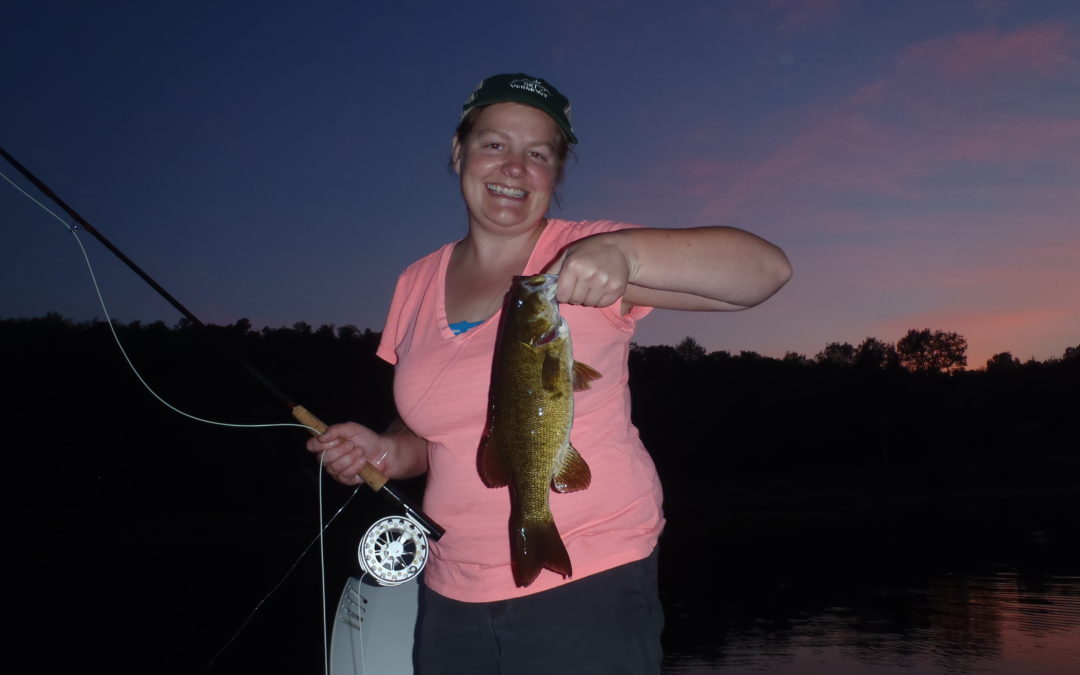 The Hex hatch is something that every avid fly angler should look forward to each season.  Sure, this usually means late nights on the water and often fishing in complete darkness, however this is not always the case.  In some areas you may experience hatches throughout the day.  If only we could all be so lucky!  For those of you who are not familiar with the “Hex”, this is short for Hexigenia.  In laymen’s terms, “giant mayfly,” “great drake,” “Hex” or a variety of other slang.  They are the largest of the mayflies and in the northeast hatch primarily on lakes and ponds.  Now that everyone is up to speed, if you have not witnessed a good Hex hatch, it is truly a sight to behold.  They are so big and so plentiful that they bring fish of all haunts to the surface buffet.  I have taken lake trout, bullhead, suckers, pickerel, as well as the more usual suspects on the surface during this hatch.  You really never know what the next bite could be.  In fact, bats, birds, and waterfowl also feed heavily on these insects and will take your fly right off the surface.  So be careful!

I can still remember when I first learned what the Hex hatch was all about, some many years ago.  After having an epic night on the water, I knew that I needed to milk this hatch for all it was worth and found myself returning to the lake night after night pulling the boat out at almost 11:00pm.  As the hatch would slow on one lake, I would head a little further north to the next lake.  After a couple weeks I realized I was seeing the same few anglers every night even when I would venture to another lake, there they were.  All chasing the hatch and the big trout and bass it brought to the surface.  One late evening while pulling the boat out a couple weeks into the hatch, a very friendly older gentleman came up to me and my friend at the ramp and said, “Yuup… You guys got it all right.”  I replied, “what’s that?”  He said, “Hex-itus.”  He then went on to inform us that there was no known cure and it was probably best just to keep feeding it night after night by fishing the hatch, just so we wouldn’t go mad.  He said, “These other guys you see night after night, myself included….  We got it too.  Had it for years….  Well, gotta go.  See you out here tomorrow.” And with that, he was off.  The funny thing is, he was right!  Night after night season after season for about a month every summer on a handful of different lakes in the Northeast Kingdom of Vermont, the same cast of characters would be out there casting giant dry flies to big trout.  Who would of thought a select few anglers with an incurable diagnosis could find such happiness for a entire month every summer?   Here it is almost 20 years later and I can’t say for sure if my condition is any better or any worse, but what I can tell you, is that I gotta go drop the boat in the lake because the Hexes are gonna be coming off here in a little while!  Josh 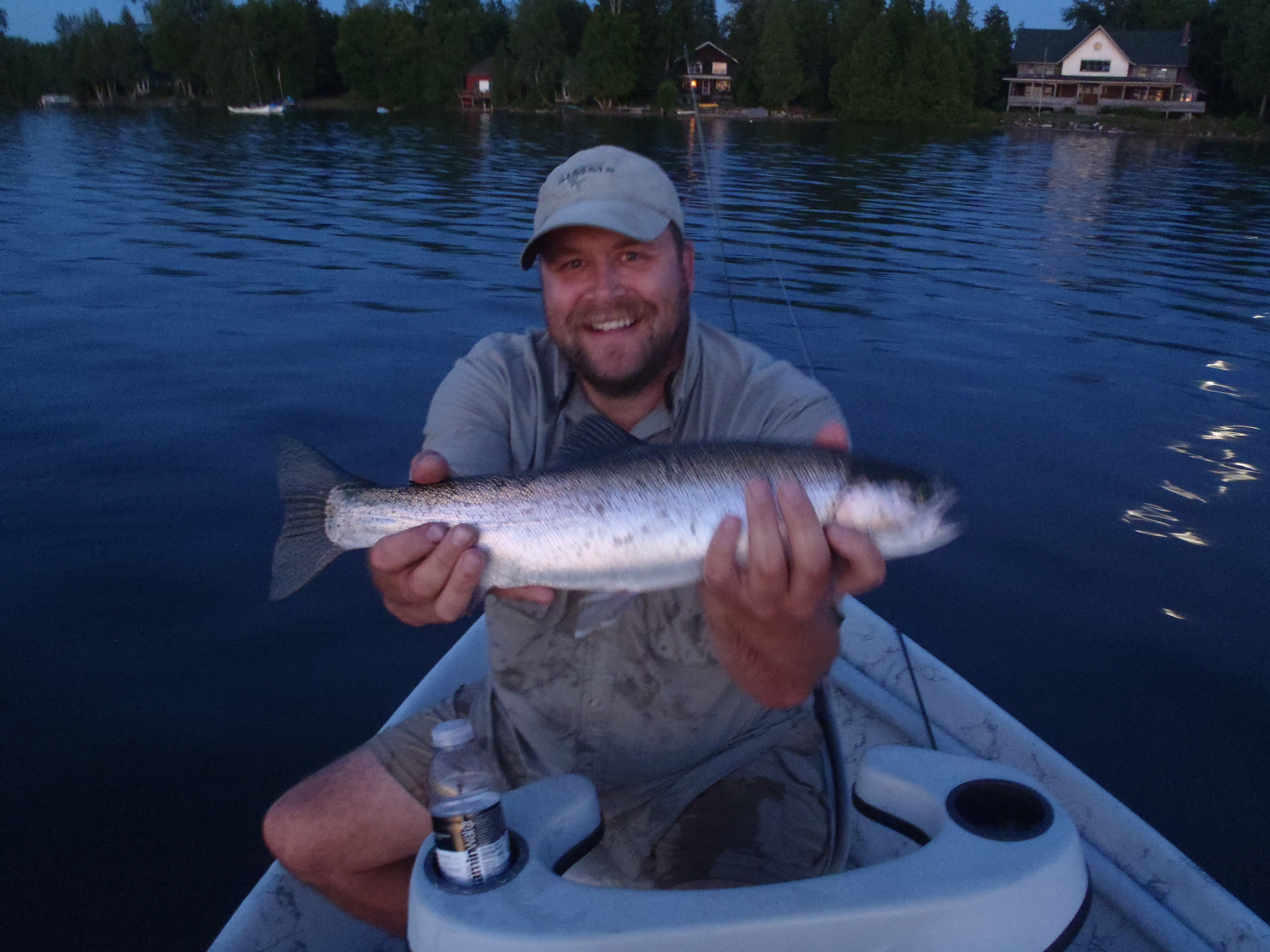